What Type Of Manager Are You? 6 Management Styles And Personalities

What type of manager are you? If you are starting to manage a team, you know that your responsibilities can bring its own set of challenges. Sometimes you wonder whether you should befriend your team, but other times you're scared of losing respect. Or maybe you feel that you should look after your team more, but you don't want to feel taken advantage of.

Being a manager can bring a lot of mixed feelings.

When deciding what type of management style you would like to have, it's important that it stays in line with the company culture and your unique personality. It's important that you define a style that is true to yourself.

Don't fake it. Your staff and team will see right through and you'll lose your credibility. If you need to establish your identity as a leader and you're wondering what role to play as a manager or you want to know what works best, below we'll review six management styles and personality.

This type of manager is super friendly. This person wants to be liked by their team and doesn't believe in hierarchy.

They want to be the type of manager their team can count on and tell everything to.

They don't want to hurt or offend anyone and will go great lengths to avoid giving negative feedback, firing, or getting their hands dirty in any way.

If they absolutely must, they will do it with as much empathy as possible.

The downside of being a buddy boss is that your team might not take you seriously when you ask them to do something. You might not have the authority you desire. If you asked them to do something they don't want to do, they might flat out ignore you or tell you ‘no’. They might also think that they can get away with certain things because there is no one to punish bad behavior.

The “parent” manager has taken each and every member of their team under their wings. They care their team and they take the time to provide constant support in order for them to excel and be the best.

At the same time, this manager also knows how to maintain a distance and let their team do what they need to do.

Not the mention, they are great communicators. They know how to approach their team and say things in a way that are understood. They are good teachers and coaches and wants to grow and expand on the skill sets of each individual.

As a result of being constantly present, the “parent” manager might not get the time to focus on more important tasks because they are so busy assisting everyone else.

The “Big Boss” type manager has made hierarchy work in order for them to focus on the essentials. They came up with a plan and told all the staff what needed to be done.

As the machine runs on its own, they'll check in periodically to ensure that everything is flowing and going according to plan.

This manager has a great team of supervisors below them that are able to coordinate with operations.

The big boss is able to really focus on growing and expanding and doesn't lose time with the nitty-gritty. They don't need to know everything that’s going on as long as they see desired results.

On the downside, they might not understand the needs of the employees within the organization.

Visionary bosses are the cool kids on the block. They are the ones that see where the company is going to be and are able to project it on the right path.

Their excitement is contagious and they know how to communicate so that the whole team is onboard and looking in the same direction.

More than managers, they are leaders. they are not afraid to get their hands dirty and understand how everything in the organization works.

But most importantly, they believe and trust in their teams’ ability and know that each and everyone has an important role. They are extremely persuasive.

This manager really takes the time to listen to their team. They want everyone on their team to feel they are part of the organization and that every voice heard.

Decisions are made as a group, employees are valued, and the manager takes the time to listen to everyone’s opinion. As a result, the team feels implicated and engaged.

Although they are productive, the team won’t hesitate to complain the minute an issue arises.

As a result, with so many voices in the office, often times, it takes awhile for things to happen, if they ever do, as it might be hard to agree.

This is the manager that pushes you beyond your limits. This person is high on energy, demanding with themselves, and as a result, expect the same from everyone.

They are always a step ahead as they are continuously thinking and are not afraid to set sky-high goals. Moving at 100 m.p.h., they know that it’s important to delegate, and they do it very well.

Being so demanding, they always expect only the best. And if they receive anything less from their team, they’re not afraid to tell it as it is. There’s no sugarcoating.

The door is open for team members to leave if they are not up for the challenge. People that survive this type of boss remember either an amazing and demanding manager or the worst boss they ever had

in charge of leading and managing a team is no easy feat. Determining how you will achieve to motivate, train and move your group in the right directions takes planning and consistency. But by being able to determine what type of manager you are, you can already identify where you fall so you can go on your way to being a successful leader.

What type of manager do you think you fall under?

Jade Longelin is a digital marketing specialist. When she's not working with Playvox or her own projects, she's either traveling or spending time with her dog. 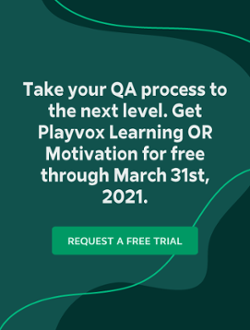 Why are Learning Programs for Remote Customer Service Teams So Important

Work at Home Agents: How the Right Tech Makes it Work